Google Webmaster Tools
I suppose you could say that this is my indulgence.  I am only a relative beginner at chess, having returned after a 27 year absence, and never really having learnt the basics, I regularly have epiphany moments.  My mentor is Dan Heisman who I read/ listen to at the following locations


Anyway the upshot is that like most improvers I need to work on my tactics. 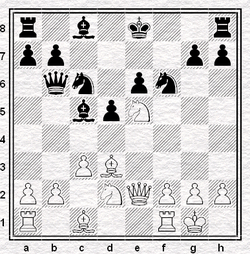 Black seized his chance and found a move that won material, and at this level the game. Can you spot the win. This win won Jim Burnett the club championship. The move is 1...Nxe5, when if 2.Qxe5, black can take 2...Bxf2 and white can't recapture due to the knight fork on g4 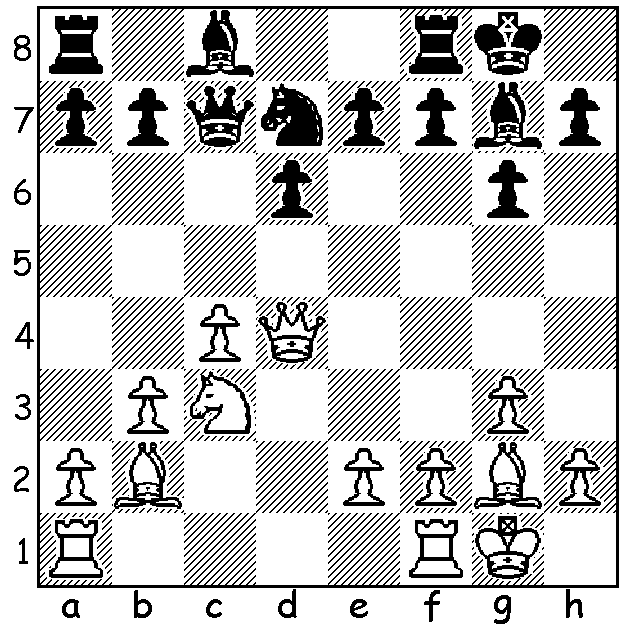 White to play and win

This is a position from one of Ewan's games.
Quite easy to find if you are told that it is White to play and win, reasonable to expect to find at congress/ county time controls, but playing at Sheffield time controls just about impossible.

Play online chess
Play online chess
At a  local league game I witnessed the following fascinating game.  It is to note that the players White (graded in the 120s and Black a young player graded about 100) both played an almost perfect game.  The tactics were incredible and I was spellbound, see what you think.
Play chess online 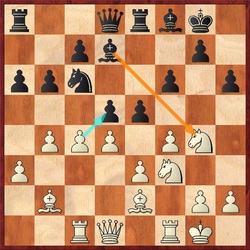 Now in the position above, this is the sort of decision I hate to make at Sheffield League time controls, I looked at 9 candidate moves and took ten minutes over the decision (fortunately I was a long way ahead on the clock).  The decision that I made was the sixth best of those candidate moves.  See if you can do better!  To see my move and the best moves in order according to Fritz scroll down to the bottom of the page.

I play server chess at two days per move on gameknot.  They hold monthly 4 player tournaments.

My results are variable, but I usually take my time on the moves and I believe that I play to a reasonable standard.

As usual I started pretty poorly, I think that this is because I usually play my openings as if the games were otb, and my opponents have longer to work out the correct moves against them.  Anyway I lost my first game against opponent 1 fairly quickly, I was lost in a game against opponent 3 (although I was about to mate him in the other game) and I was a piece down for a pawn against Opponent 2.  So it looked like I was going to go 3-1 down with 2 to play.

Then things started to change, Opponent 3 lost both of the games on time. This meant that I had lost 1 game and was losing one other with 2 being even.

Opponent 2 had sacrificed a pawn to open my King, but then inexplicable blundered a pawn in front of his king and I won that game fairly quickly afterwards.  I managed to hold the draw in the other game against Opponent 2 leaving the following game as the only game in progress.  Similarities with a Shuffleduck rook lift game can be seen below